With a very busy recycling yard in Rainham, just off the M25, F J Church continues to achieve a fast turnaround for all suppliers and hauliers taking away containers and bulkers for export.

Four new Mitsubishi Fork trucks have increased the fleet to twelve in the yard alongside two new Liebherr cranes that are also flat out dealing with the regular 1000 tonnes per week that must be processed through the company.

In 2006 the company went through extensive Lean Training with which FJC increased working space from the original layout by 117%. Extensive productivity gains were made in the administration and shipping departments. In that same year FJC won the Lean Business of the Year in the Thames Gateway Region. Three members of staff have recently been awarded NVQ certificates for Lean. With the Kaizen philosophy of ‘Continuous Improvement’ new ideas are regularly being tested and productivity improved. The Lean Academy were so impressed they made a video about the success achieved at F J Church and Sons.

Please be aware that there are a number of fraudulent websites pretending to sell scrap metal on behalf of F.J.Church. Please note that we do not trade materials via any online trading platforms.

If you have not dealt with us previously, Do not make any contracts or pay any money before contacting us at our Essex, UK office, on (44) (0)1708 522651 or email address on contact page .

Please speak to a member of our sales trading team to establish you are speaking to the correct F.J.Church and Sons Ltd.

One of the earliest pioneers of industrial recycling, which started trading at least 100 years before the term became an economic buzz-word, has won a prestigious 2009 Queen’s Award for Enterprise in recognition of the modern company’s outstanding contribution to export and international trade.

FJ Church & Sons, was founded on collecting ‘any old iron’ by horse and cart but is now a multi-million pound global operation dealing in non-ferrous metal scrap. In the period under consideration for the Awards – 2006 to 2008 – its annual sales increased by 117 per cent and exports by 114 per cent.

Much of the company’s impressive growth has come from the need to handle new categories of recyclable products and seizing opportunities from new markets. FJ Church & Sons has become a prominent player in the recycling of auto catalytic converters, from which precious metals such as platinum, palladium and rhodium can be successfully extracted; since 2005, the company has recycled some 3.5 million of these automotive essentials.

Metal reclamation is also of great environmental as well as economic importance. Recycling has a lower carbon footprint than the alternative of digging virgin ore from the ground and helps to preserve stocks of these finite resources for future generations. Furthermore, the processing of recycled metals saves up to 80 per cent of the energy which would be required in new production.

Originally working solely in the domestic market, FJ Church’s first recorded international business was in 1929, when it exported scrap enamel signs and horseshoes to the Far East.

(Trust F J Church and Sons to be ahead of the pack ). The current Church brothers joined the business in 1975, aged only 17 and 16 respectively, just as global trading opportunities were developing. Export to Europe was then becoming the norm and new supplies of scrap were appearing in the Caribbean, South America and Africa.

With the removal of export quotas in the late 1980s, material started to be shipped to and from all parts of the world. The break-up of the Soviet Union, India’s industrialisation and the opening up of mainland China have all provided successful opportunities to expand into new and lucrative markets whilst performing a vital environmental role in recycling scarce resources. Every week, the company ships 1000 miles of scrap cable to China for re-processing, the equivalent every year of enough cable to stretch twice around the world. 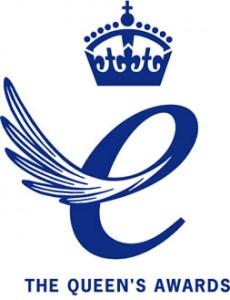 F.J.Church & Sons is honoured to have won a prestigious Queen’s Award for Enterprise, in recognition of the company’s outstanding contribution to export and international trade.

Since 1999, the company’s turnover has trebled and the share of its business derived from exports grew from 23 to a massive 85 per cent. Much of this growth has come from the need to handle new categories of recyclable products and seizing opportunities from new markets. Catalytic converters, from which the precious metals platinum, palladium and rhodium can be extracted, have contributed significantly to this impressive growth in export earnings. Indeed in 2004, the Company recycled enough catalytic converters to provide sufficient platinum to make wedding rings for every bride married in the UK last year.

All suppliers to F.J Church remain appreciative of the competitive pricing, swift turnaround, honest outturn and immediate settlement offered – but then, that was the philosophy of Francis Church over 100 years ago.

“We couldn’t be more delighted with this, our first, Queen’s Award,” said Patrick Church. “It is recognition not only for the company’s strong commercial success but also for the dedication of every one of the team which ensures that we provide a trusted and efficient service for both suppliers and end customers whilst staying ahead of opportunities in an ever-changing economic climate, at home and abroad. It’s not a glamorous industry but the Award acknowledges the vital role that we are able to play in an economic life-cycle and I think Frances Joseph Church would be very proud indeed to see how far his family business has come.”